I used to blog on another platform. Check out what I shared in earlier years here.
You can add the HTML for the World Map here too. 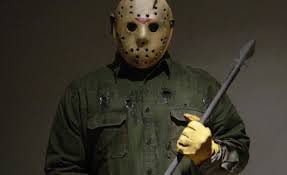 Jason Voorhees, one of the most known killers on the web.

Jason Voorhees was first presented in a 1980 film, Friday the 13th. This film is said to be one the most popular media franchises in America!

This movie follows up on a group of counsellors at summer camp in Camp Crystal Lake. They are killed off one by one by none other than the one and only Jason Voorhees (played by Ari Lehman).
The Jason Voorhees series have gone on for years with the age of 42 years.

For this writing task our literacy class had to write a short paragraph on one of three famous people.
These people were: Jason, Julius Caesar, and this basket ball lady I have no idea who is. I chose Jason
because he was the most known person out of the three and because I think Jason is a cool character
in the horror community!

Please comment if you’ve got anything on your mind about this task!

About Me | Ko Wai Ahau

Add the link to the About Me blog post here.

Keep connected with this blog